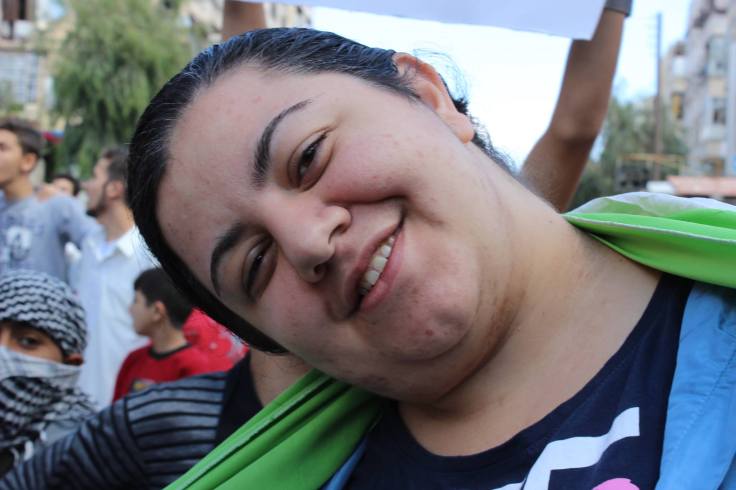 Global Voices commissioned Syrian blogger and activist Marcell Shehwaro to write stories in Arabic of life in war-torn Aleppo in the beginning of 2014. Here we present three of the 12 stories, translated into English by Global Voices members, and published after June 15, 2014. The series ran through September 26, 2014, with five published during the competition time period. The full series is here.

Marcell is part of a community of writers and digital activists who participated in the original nonviolent reform movement in Syria. They are digitally networked journalists and activists closely tied to reform movements in other parts of the Middle East, and their habits of communication and communities are based in the culture of the Internet. As such, Marcell’s work is emblematic of the idea of online journalism – allowing us to hear voices and stories of people who had previously been subjects in the stories of outsiders.

Marcell’s voice is that of an insider reflecting her experience of the war in Aleppo for a global audience. Against odds she and her peers continue to insist on the need for human dignity, and on the power of stories about individual lives in the face of extreme violence and geopolitical manipulation.

The framing of Marcell’s essays runs counter to a presentation of the Syrian war in which stories about extremism and polarization are emphasized. We rarely hear about the nuances and complexities of the lives of individual Syrians. In her writing, Marcell’s voice turns and winds through her days as she struggles to survive and make sense of the collapse of her world, the murder of her mother at a government checkpoint, the dilemmas of her friends and their families, and dreams of a forgone past. She brings us the complexity of Syrian society, showing us the fractures, alliances and impossible choices made by individuals living through war. Her stories again and again shatter upon the reality of those choices, the knowledge that making them requires people who in normal times might be fair, compassionate and caring to choose violence as a means of security.

Marcell received strong editorial support from the Global Voices community. Two translators from our community Amira Al Hussaini and Lara AlMalakeh worked closely with Marcell along with our original writing section editor Georgia Popplewell to structure the series. The original writing was in Arabic; stories were translated into English for editing and the final stories with edits were published in Arabic, English and also in Spanish, Hebrew, Arabic, French, Chinese, Korean, and German through our community of volunteer translators. The stories were widely read and shared within the Global Voices readership.

Marcell’s considered, sometimes elliptical writing attracts focus and attention. Her humanity and empathy shines through her writing and humbles the reader. We hope that the ONA awards will bring more attention to her work and life:

In “In Syria We Have All Become Killers,” Marcell confronts the news that the checkpoint where her mother was murdered by regime soldiers has been obliterated by a bomb. Her reaction, grateful, regretful, and ultimately horrified at her own impulses, distills into a concise paradox: “My ability to survive depends upon the death of others…And this is how the murderous regime will ultimately win, regardless of what political change awaits Syria.”

“How ISIS Came to Leave Its Black Stain on Syria,” written months before ISIS became headline news, describes the insidious process by which ISIS and other Islamic groups came to fight in Syria, initially alongside the Syrian Free Army, and then against them. Marcell’s focus is on the consequences of inaction on the part of all parties for the course of war in Syria, from local activists, to international organizations, to influential foreign governments. She asserts: “The Revolution requested that everyone live up to their responsibilities towards humanity, and being an open appeal, it was—unfortunately—answered by Al Qaeda.”

“In War-Torn Aleppo, There’s No Place Like Home” is a chronicle of the many places Marcell has lodged and hidden since the beginning of the conflict. It is also an homage to the home her parents built and maintained, and her attempts to recreate its aspects wherever she goes.