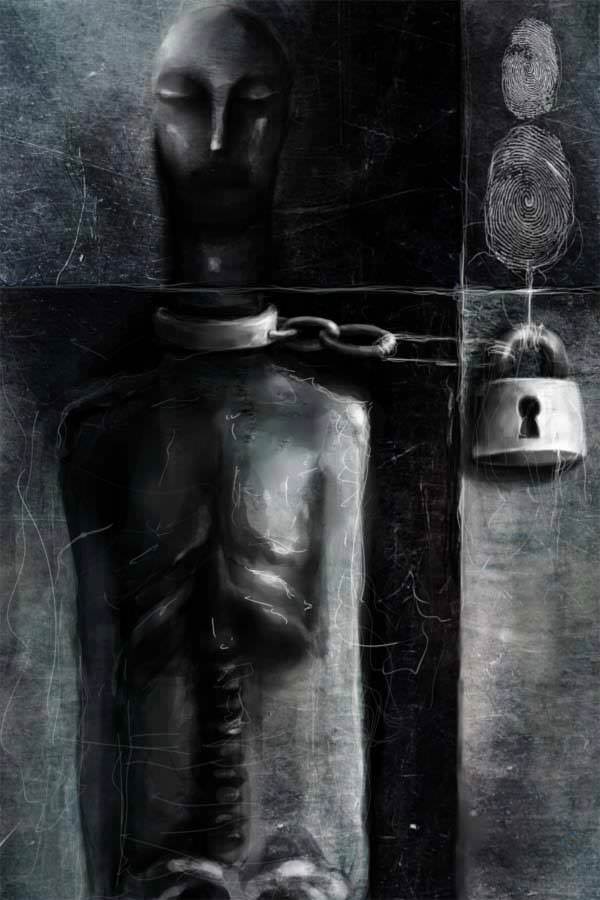 In the beginning I was beautiful, as I was filled only with the powerful beauty of the revolution, with the pure belief that we were here to make a change and that hatred could never be a way to make change; and that we had no alternative but to be patient and wait for the others to break the walls of silence and humiliation and join us. We believed that everyone had their own prophecy, and we had to wait for their first cries of birth. And we waited.

We had enough luxury, comfort, clarity of vision, and extra room for more grief. I used to follow the pictures of dead State army soldiers being spread on social media. I would be upset by people who ridiculed their deaths. I used to read the comments of the mothers, brothers, sisters, friends, girlfriends. The deceased were handsome young men in their twenties. I would become so obsessed that I visited their personal pages to learn about the real person behind the face of the victim, or the murderer, or both.

Some were so brainwashed. They considered us thugs or vandals backed by Israel, out to disturb the security of the country. A country they believed would combat its enemies thanks to the wisdom of Mr. President, about whom the only thing they knew about was that he was irreplaceable. They were so obsessed with protecting the country that they destroyed it.

Others were awash in sectarian speech loaded with excessive fear and hatred. They believed we were going to slay them all, and that our aim was not democracy, but that we were driven by malice towards them and their families and sects. A malice they believed would swallow them if they didn’t swallow it first.

While others—whose pages were the most painful to browse—were fidgety before their deaths. They’d count the hours to the day of their departure, which they were never allowed to take their mothers to witness, to see them waiting patiently for the promises of their discharge from the army which were never fulfilled.

Back then I was able to see them, like us, as victims of a regime that forced us to take to the streets to overthrow it, and forced them to kill us in order for it to retain control of the presidential chair.

Little by little the list grew too long for me to be able to follow their personal profiles and their sacrifices. Detainees and martyrs. I was running from one funeral to the other. They were killing too many of us, and the burden grew heavy on my shoulders. Poverty and brainwashing were not an enough excuse anymore. Fear was no longer a sufficient excuse for turning into a ruthless killing machine. To me, he began to merge with the murderer and his face and work and everything about him. To me they all became Bashar Al Assad, not just his victims. Little by little he receded, tucked in his palace while the most truthful manifestation of him and his regime was that torturer in the prison, that soldier on the field, that chopper in the sky.

They were that person who has the ability to enjoy torturing somebody to the death. They were that person that gave the order to use chemical weapons, or to knife a child to death in Houleh in Homs. A massacre that took away any ability we had to combat hatred. Our hatred became part of our battle for existence. We needed anger to survive, to regain the realization that the violence meted out to us was not “normal” or “ordinary”. We needed anger to release our lives and refuse to surrender to death. “Life is worth living”: true, maybe, but in this life there is no longer enough goodness to allow both the murderer and the victim to live together.

From that day onward we were no longer bothered about killing them.

Afterward, it was very logical for ISIS to emerge from our hatred. With their presence, we became scared again in the areas we thought we had already paid enough blood to regain. In Syria nothing is free; everything has a price, especially your rights. Again I am back to square one, trying to sympathize with this new enemy. This time my justification was that they were victims of violence and hatred. Victims with a righteous cause against a world that had ignored them and everything that had happened to them.

Some of them were radicalized, and to them we were infidels backed by the US to destroy the Levant. Others were moved by hatred, fear and anger, believing that no one was protecting the State of Islam but them. Others were so fascinated by the images of foreign fighters equipped with full gear, compared to their clumsy weapons and sporadic supply. They were teenagers who believed that ISIS is a real life Counter Strike game. Some of them were, till yesterday, “one of us”, victims like us, until they grew bored of playing this role and realized that they were dead either way, and decided they didn’t want to die as victims, but as murderers.

In time—faster this time—I became accustomed to the cycle of victim/murderer. I lost my sympathy towards them and the guilt I felt wondering whether there was something we could do to prevent them from becoming crazier.

They became our enemies. I had very little ability left to grieve. The little I had was not enough to distribute among the hundreds of victims who died every day even though they hadn’t killed anyone. And I am haunted by an obsession with what, today, can be considered just? How do we decide who is the victim of an oppressive regime, a local or a universal one, and who is the maker of this regime and its prophet? What is the just punishment for a pawn in the game of power, money and fear?

I wish the soul of the revolution was enough for me to be able to pardon them all, if only in the “court in my head”.

I wish that only one of the advocates of “forgive and forget” could guarantee that this forgiveness would spare Syria from this madness happening again, and not be more like a reward for the murderers.

You can grieve either side as much as you want, at any level of sorrow or hypocrisy. Whether it’s the person who is still fighting on the front for the regime, or the one who vowed allegiance to ISIS. You can even grief them both if you still have room on your shoulders. But you cannot exploit this cycle of victim/murderer and lock us inside it. Pressure us to death so that we forget who we were and what we have lost. Force us to forgive and forget. You cannot do all of that without proving to us, for once, how this forgiveness will prevent the history from repeating itself.

You cannot do all this without telling us how your stand, at equal distances from all parties, could guarantee a little, and only a little, justice.